As residents wished for the rebirth of their homeland, they developed Tamaura Nishi as a destination zone for Iwanuma's collective relocation project. This location was chosen because it is near schools and other public facilities. It is a compact community where those from the six affected districts (Ainokama, Fujisone, Ninokura, Hasegama, Kabasaki, and Shinbama) came together. Both public housing and rebuilt private homes have been built in this 20-ha area.

Community spaces and commercial facilities were built one after another, and then, on July 19, 2015, the citizens held an opening ceremony for the Tamaura Nishi community. The citizens are grateful for the support they have received, and their reconstruction are still going on. 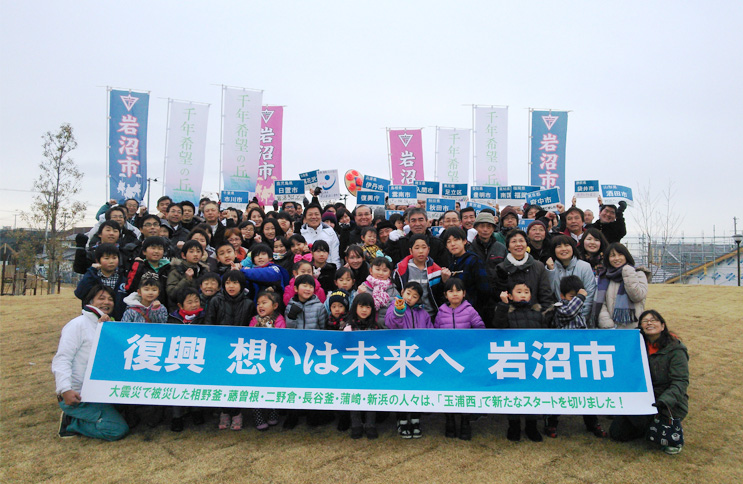