A green zone developed for recreation activities, utilizing rich natural surroundings at beaches around the Sendai Bay. At its south block, there is a hill onto which three people actually evacuated during the Great East Japan Earthquake and Tsunami. There are also BBQ Square and a large combination playing equipment. 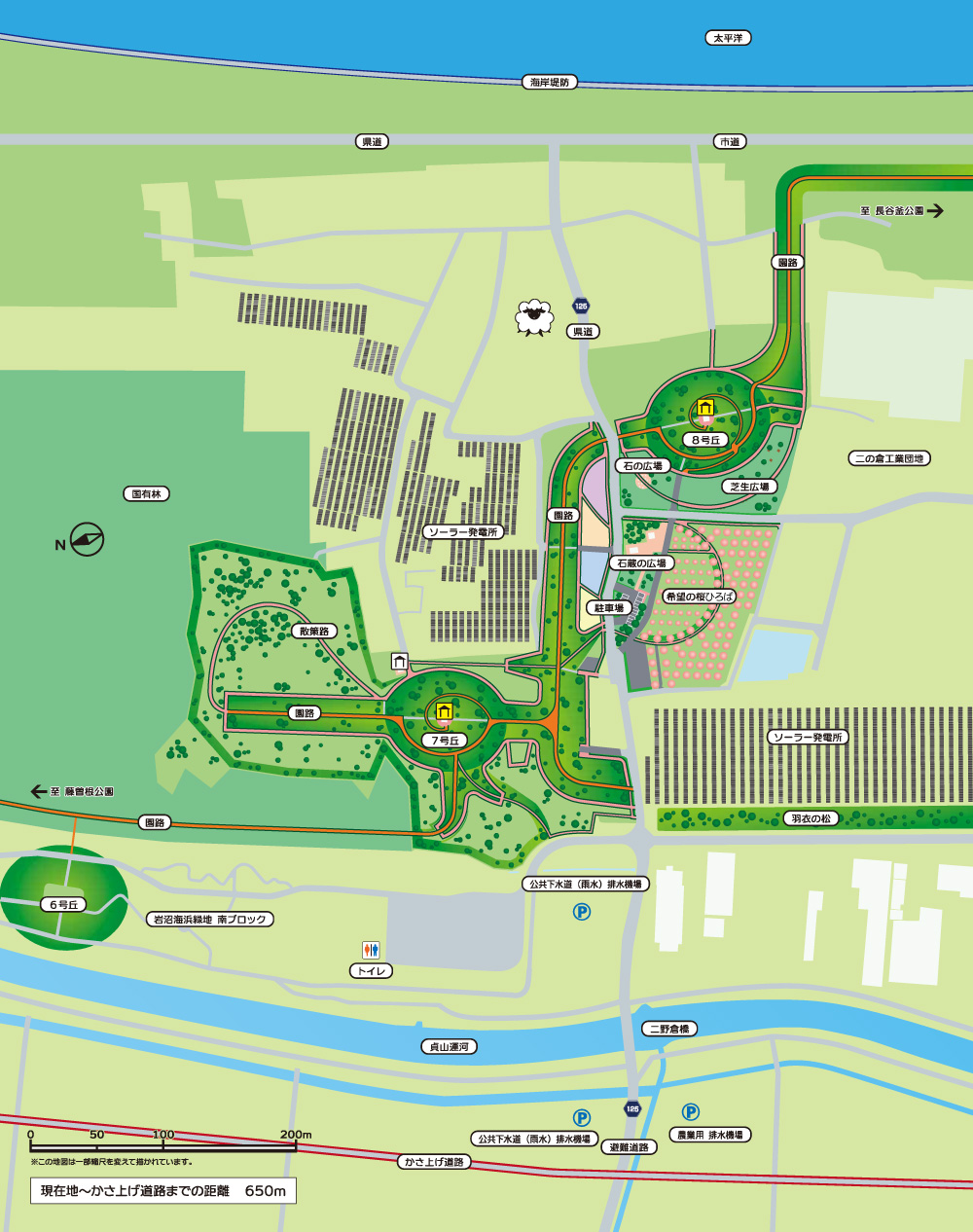